Sorry. This form is no longer accepting new submissions.

Shame is something we all experience (except sociopaths!), but no one wants to talk about. Shame needs secrecy, silence, and judgment to survive – and its antidote is empathy.

Melia has a For the Record. In our last episode, Episode 23: How to Make Time for What Fuels You, Melia said, “I don’t sleep,” and she wants to emphasize that this is not by choice! Sleep is so important, and she hopes to have more of it in the future. Right now, her children often wake her up early, but the silver lining is that it gives her time to do creative work.

We also talked in our last episode about launching our first workbook, How to Make Time for What Fuels You. It’s designed to help you figure out which activities put energy in your tank and how to intentionally make time for them. We linked to the workbook from the show notes of our last episode, and we have a direct link now, as well: subscribepage.com/fuel.

Thank you to Katherine McGuire for becoming a Semi-Together patron on Patreon! We love you. 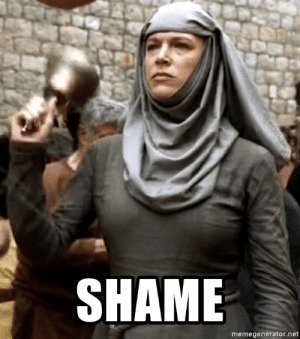 In past episodes, we have talked about how we both keep a mental list of the ways we’ve fallen short of our own high expectations. Melia calls this the list of grievances against herself, and Gill calls it her nightly reel that she has to run through before she can go to sleep.

Melia recently mentioned to Gill that also has a physical list, a note on her phone in Google Keep called “The Shame File,” where she has written out all the things that she beats herself up over, especially in the middle of the night. The idea is to get them out of her head and look at them in black and white to figure out what to do about them.

This got us thinking about shame and how it affects us all. We are huge fans of Brené Brown and her research on shame and vulnerability. Her books include: Daring Greatly and The Gifts of Imperfection – and one we’re going to read together soon, Dare to Lead. And we love her awesome cameo in the movie Wine Country. You can get a great overview of her work by watching her TED talk, Listening to shame, and a short clip from Oprah’s Lifeclass on how to stop a shame spiral.

We’ll give you a rundown of Brown’s research on shame, then talk about how shame shows up in our own lives, and what we can do about it. We hope this helps you identify your shame triggers and begin to free yourself of them.

Brown says that “Shame is the intensely painful feeling or experience of believing we are flawed and therefore unworthy of acceptance and belonging.”

Shame can be about things that you’ve done or haven’t done that fell short of your expectations; it can be about your personal characteristics or life circumstances, or a trauma that happened to you.

Brown says, “Shame drives two big tapes: ‘Never good enough,’ and if you can talk it out of that one, ‘Who do you think you are?’”

She says, “Shame for women is this web of unattainable, conflicting, competing expectations about who we’re supposed to be. And it’s a straitjacket.” We see this in the “trying to have it all” narrative that sets women up for failure because it’s an impossible standard to reach. Not only do you have to be perfect at work, motherhood, family life, friendship, and community involvement, you have to make it look effortless.

And for men, she says shame is the message: “Do not be perceived as weak.” Men can feel like they need to be strong, unemotional, a provider, and a rock, and that it’s better to be angry or aggressive than vulnerable.

What You Need to Know About Shame

It’s natural for humans to feel shame; if you don’t have shame, you’re a sociopath. So, yay, way to not be a sociopath! And you’re not alone. Brown says: “Shame is an epidemic in our culture.”We all experience it, but we feel so uncomfortable talking about it!

Scientific American reported that women are quicker to feel humiliated than men, and teenagers feel shame more intensely than adults do. As a result, women and teens are more susceptible to the negative effects of shame, such as low self-esteem and depression.

Why Is Shame so Destructive?

Study after study has found that those who suppress negative thoughts and traumas suffer compromised immune systems and physical ailments, while those who write or talk about these things show improvement – in conditions ranging from asthma to HIV.

As Melia’s wise friend Melody says, “That energy has to go somewhere.” You can keep it bottled up and festering, or you can release it.

How Can We Free Ourselves from Shame?

And shame cannot survive when doused with empathy, that empathy is the antidote to shame. The two most powerful words when we’re in struggle are “Me too.”

Brown outlines the three things you can do to stop a shame spiral:
1. Talk to yourself like you talk to someone you love
2. Reach out to someone you trust
3. Tell your story

Sometimes telling someone who’s not the person involved helps to see that it’s not nearly as awful as you think and work out your thoughts about the situation. It lets you know that you’re not alone; you’re not the only person who has felt like this. Gretchen Rubin often talks how she loves her husband’s response when someone confesses a mistake: “We’ve all done it.”

Brown also talks about how helpful it is to know what your triggers are that can send you into a shame spiral. Common triggers include: parenthood and family, body image and appearance, money and work, abuse and trauma, and mental and physical health.

The beginning of freeing yourself from shame is being vulnerability and putting yourself out there at the risk of emotional exposure.

It’s important to note that there’s a difference between “shame” and “guilt,” even though we sometimes use them interchangeably. Guilt can be a positive motivator, while shame never is.

Guilt is healthy; it lets us try again, and to make amends. It’s protective against the depression, addiction, bullying, and so on that shame correlates with. We can work on transforming shame into healthy guilt. Melia’s intention with the Shame File is to morph it into the Guilt File.

How Shame Shows Up in Our Lives

We feel like we’re adding thorns all the time to the scourge we’re whipping ourselves with. When we talk about what’s been a source of shame for us, we can start taking the thorns off that whip (and eventually get rid of the whip altogether!).

For Melia, most of her shame is about things she’s done or failed to do, and things like organization, money management, etiquette, and the traditional lady arts that don’t come naturally to her (and she feel like she “should” be good at by now).

She lives in the world of creative ideas and can neglect her physical surroundings – the house isn’t clean, the dog isn’t walked, the kids are on their tablets too much. She’s ashamed of not putting her Reschool Yourself project into the world like she imagined and possibly missing her window of opportunity.

The things that keep Melia up at night are those she has done or said that have hurt people unintentionally. She has recently brought up some of these items with friends over coffee, text, or email. And even if people don’t respond when she reaches out, or she hasn’t been able to forgive herself 100% yet, talking about the items in her shame file helps get them off her chest.

She has so much compassion for friends in these kinds of situations but struggles to do the same for herself. Two quotes have helped:
“I think that the more honest I am about my journey, the more connected I feel to everybody and their journeys. The more I reveal that seems really vulnerable and really private, the less private it becomes, because all I hear is a chorus of voices saying, “me too, me too.” – Elizabeth Gilbert

“Sometimes people let the same problem make them miserable for years when they could just say, So what. That’s one of my favorite things to say. So what.” – Andy Warhol

For Gill, most of her shame falls into the “you’re not good enough” category, whether they’re little or big things. Many items in her nightly reel are making mistakes, saying something awkward or incorrect or unintentionally thoughtless and feeling awful about it. A friend ghosted her years ago, and she regrets not finding out why and resolving it at the time.

Other sources of shame for Gill relate to big questions like, “Why haven’t I accomplished more in my life?” and “Who do you think you are trying to do this thing?” Triggers include body and appearance issues, not having it “together” in general, or not being as far along as she thinks she “should” be (with goals, career, savings, etc.). Her Shame File is very diversified!

Here are five steps you can take to be more resilient to shame. You may not follow all of them in every situation, but they’ll give you a road map you can adapt in different scenarios. For example, you might prefer writing things out to talking them out to process them. Both have therapeutic effects, so see what works for you.

1. Write your own shame file. Make a private list of the things that keep you up at night. The first step to freeing yourself of them is to acknowledge they exist.

2. For each item on the list, practice talking to yourself the way you would to someone you love. If you wouldn’t say, “you’re such an idiot!” to your best friend or partner or child, don’t say it to yourself. Work on being as compassionate and forgiving to yourself as you are to your loved ones.

3. Reach out to someone you trust and tell your story. Remember that shame needs secrecy, silence and judgment to survive. So don’t give it what it needs!

4. Work on shifting your shame into healthy guilt so you can do something about it. If your shame involves someone else, what can you do to make amends? Sometimes it’s a simple conversation and a sincere apology.

5. Do that thing – then let it go. Physically delete it from your shame file, in spite of how the other person may react.

Gill’s Get It Together: Not going to the gym as often as she wants

Gill’s Got It Together: Getting a haircut

Melia Get It Together: Not having a good system for processing paper clutter

Melia Got It Together: Continuing to KonMari the house

What’s in the shame file that keeps you up at night? We are happy to lend a sympathetic ear and help you delete items from that file. Email us at podcast[at]semitogether.com, or send us a voice memo. You can also leave a comment on Facebook or Instagram.

If you haven’t already, please subscribe, rate, and review this podcast on Apple Podcasts or wherever you listen. If the podcast has brought joy to your life, why not share it with someone else? And sign up for our e-newsletter. 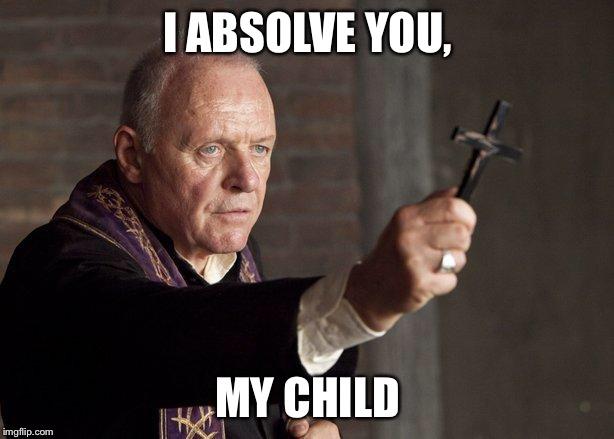